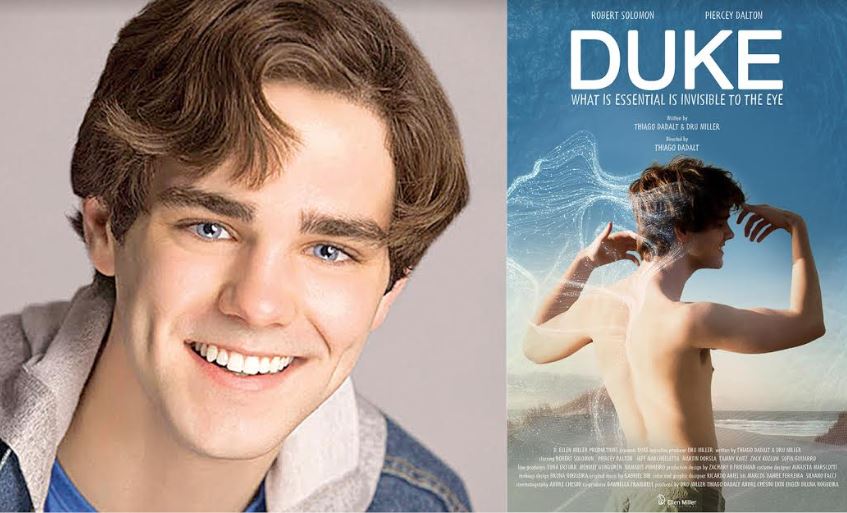 Robert Solomon and the film he stars in, Duke

East Cobb Actor and Georgia Tech student Robert Solomon recently won Best Actor at the Atlanta Underground Film Festival. Robert plays the eponymous character in the award-winning short film, “DUKE”, a heartwarming true story about a nonverbal autistic 17-yearold struggling in school and at home. With an overprotective mother and barelythere father, Duke must fight to find his voice, stay in school, and keep his family from falling apart.

“DUKE” has been accepted this past year to 35 film festivals across the United States, the United Kingdom, Belgium and France, including the American Pavilion Emerging Filmmaker Showcase at the Cannes Film Festival. “DUKE” has won 13 film awards, most recently in the Stage 32 Short Film Contest, which awarded “DUKE” screenings in the Oscar-qualifying 2019 HollyShorts Film Festival and 2019 Raindance Film Festival in the United Kingdom. www.dukeshortfilm.com/the-story.

As a sophomore at Georgia Tech, Robert auditioned for the role in Atlanta and was chosen after sending a persuasive voicemail to the director’s personal phone. With permission from his professors to leave school, Robert went to Hollywood in November 2017 for 4 weeks of rehearsals and filming. He prepared for the role by working with a coach alongside the rest of the ensemble, spending time with Duke himself, visiting local schools, gyms, and centers for special-needs children and spending a week in character.

When not auditioning or taking classes at Georgia Tech, Robert enjoys playing classical piano and uploading piano content to his YouTube Channel. One upload, The 11 Most Annoying Types of Pianists, currently tops over six million views: www.youtube.com/watch?v=vZX6hopxM7Y.