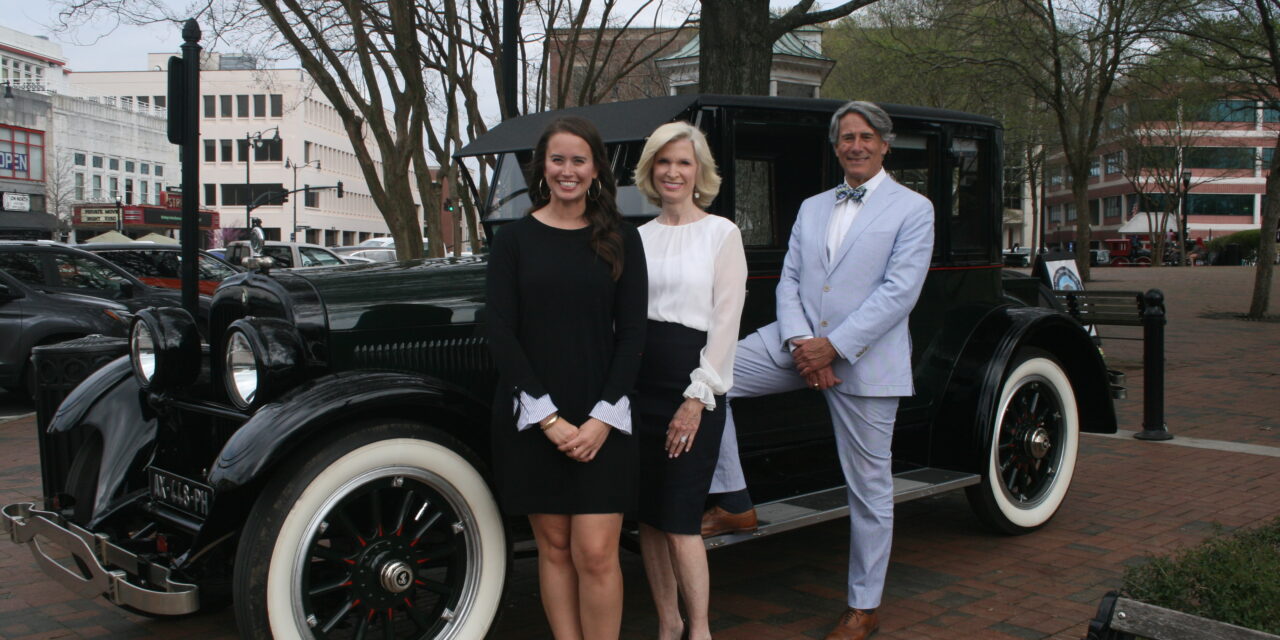 Atlanta Fine Homes Sotheby’s International Realty Vice President and Managing Broker of the East Cobb Office Jim Glover stands next to the 1924 LaFayette car that once belonged to his great-grandfather. AFHSIR Top Producers in the firm’s Cobb office Ellen Hill and Pam Elledge are ready for a ride in the one-of-a-kind antique car. PHOTOGRAPHY BY LAURIE COLEMAN

It is not unusual for Atlanta Fine Homes Sotheby’s International Realty (AFHSIR) U.S. offices to have international clients who wish to purchase property in the United States.  This time, though, the tables were turned when Vice President/Managing Broker of the East Cobb Office of AFHSIR Jim Glover, purchased a unique property — an antique car, a 1924 LaFayette Coupe 134,  from overseas.

The classic car is the only one in existence and now, said Glover, “it has literally returned to its original home!”  Glover’s great-grandfather, John Wilder Glover was the first owner of the car and Jim now lives in the family home in Marietta. “The first thing I did after I received the car is pick up my father, James Bolan Glover IV, and take him for a ride,” said Glover.  As a child, Glover recalls playing in the luxury car that sat on blocks in the warehouse of Glover Machine Works, the family business, which was the oldest family-owned and operating manufacturing business in Georgia.  Glover worked in the family business for 20 years before leaving to work in residential real estate.

Locating the car was a bit of a challenge.  A sixth-generation Mariettan, Glover had decided that he wanted the car that once belonged to his great-grandfather back in the family.  He knew that his uncle, John Wilder Glover II, sold it 15 years ago to an American, Thomas Harrington, who grew up in Marietta but moved to Paris and had shipped the car there after it was restored in Illinois.  Harrington spent about $200,000 for the car and restoration, which included rewiring, painting, trimming, and a thorough mechanical overhaul. He had the car restored In Illinois before shipping overseas because the parts were manufactured in the United States and not in Europe. At some point the new owner sold it through an auction to a collector in England.  A car aficionado and friend of Jim Glover, Curt Wolfe, discovered an ad for the car and told Glover about it.  The British purchaser had decided to sell the rare car.  Glover was thrilled and arranged to purchase it.  He then had it shipped to the Port of Savannah, Georgia and delivered ultimately to Marietta.

Painted dark green over black with red pinstriping, the four-door coupe has coachwork by the Seaman Body Corporation.  The Model 134 four-door coupe features a wooden steering wheel and window frames, a plush interior, pull-down shades for the rear windows, nickel-silver door furnishings, lots of head room as the car stands six feet tall, an integral luggage trunk, and twin spare tires mounted on the back of the car.  “You have to pump oxygen into the carburetor to get it started,” explained Glover.

The Glovers actually own two LaFayette cars.  The other is a Torpedo, a convertible that resides in the basement of Jim Glover’s father’s house, and was also purchased by Glover’s great-grandfather.  It has not been restored.

The elegant LaFayette cars were designed to compete with Cadillacs and Packards.  Originally manufactured in Mars Hill, Indianapolis, LaFayette Motors Corporation was founded in 1919 and started manufacturing luxury motor cars in 1920.  These boasted the first electric clocks in an auto.  The company was named in honor of the Marquis de la Fayette and LaFayette cars had a cameo of the Marquis as their logo.  LaFayette Motors manufactured 441 Coupe 134s in 1924.  Glover’s car is the only one remaining of the 1924 models.

Glover says he does intend to drive it on occasion and Marietta residents may see it in use as the special mode of transportation for newlyweds following their wedding receptions.  Perhaps locals will see it drive around Glover Park, a focal point of downtown Marietta, that was named for Jim Glover’s great-great-great grandfather, John Heyward Glover, Jr., Marietta’s first mayor, who donated the land to the City of Marietta for use as a park.  Mayor Glover stipulated that if it is ever used for anything else, it will revert back to ownership by the heirs and they would plant it in corn.

The city wanted to put a multilevel parking garage in the park in 1964 so a lawsuit was filed where James Bolan Glover, III contacted all the heirs of Mayor Glover.  The lawsuit lasted for four years.  By that time, sentiments about the parking garage had changed and the courts ruled in favor of the Glovers. 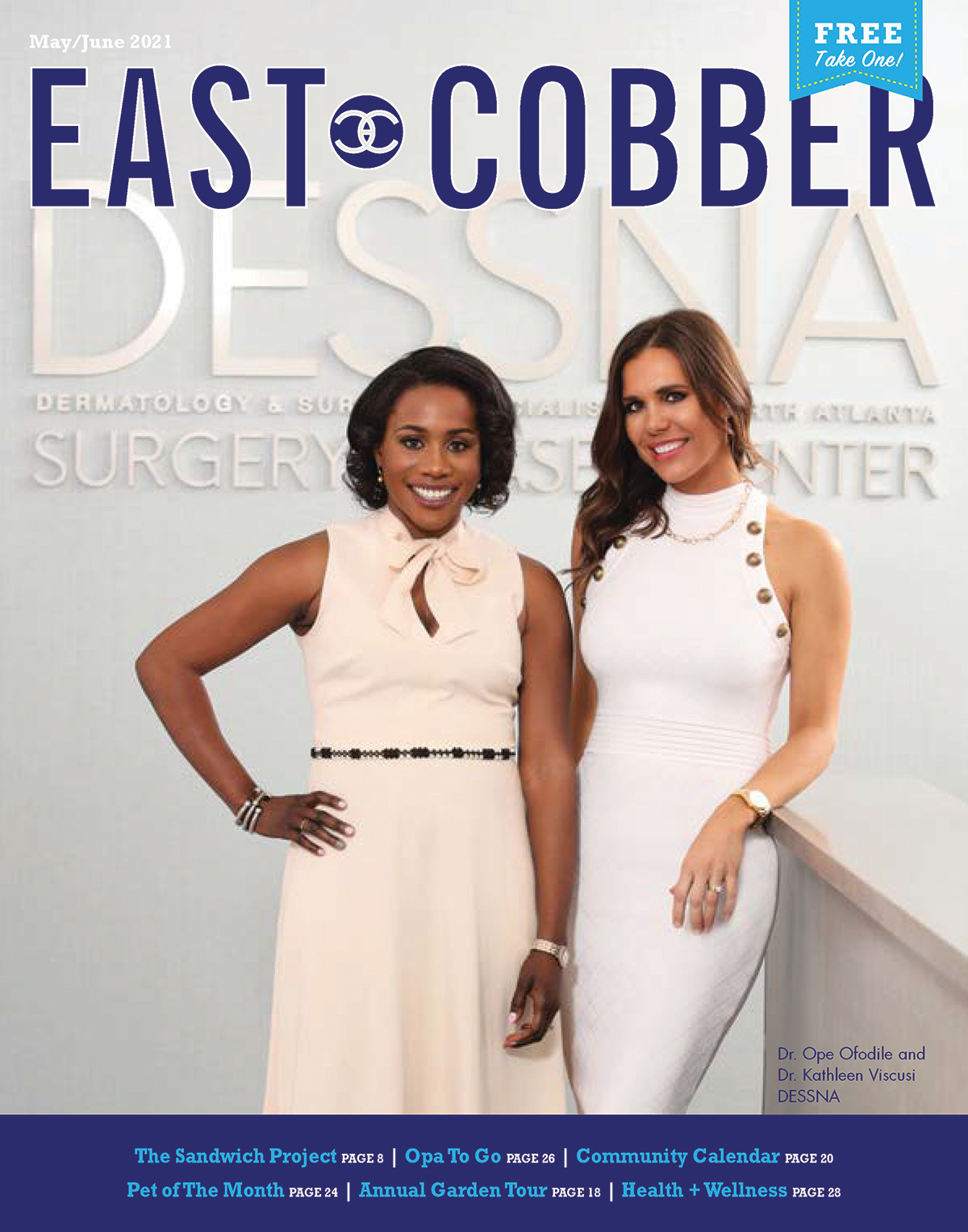