EAST COBBERS COMBAT HUNGER ONE SANDWICH AT A TIME 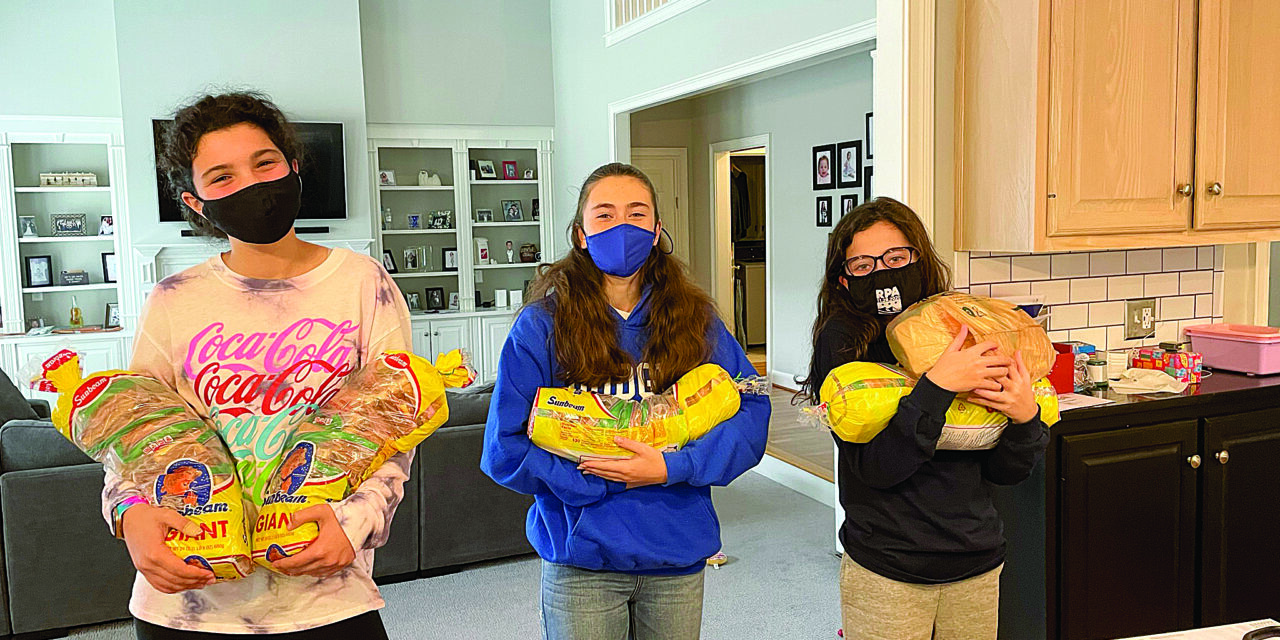 The pandemic has been an unbelievably difficult time for Americans leaving even more people homeless and starving in the past year, but East Cobber Danielle Cohen refuses to take hunger for an answer. In April 2020, Cohen’s friend Marcy Louza and Louza’s friend Lisa Hiles began making sandwiches for the homeless. They began inviting friends, family, and neighbors to lend a helping hand and the endeavor grew from word of mouth. Cohen and her family began contributing in October, and she opened the opportunity up to the East Cobb community at large in December. As efforts continued to expand, the grassroots effort became formally known as “The Sandwich Project”.

“After seeing the hours-long lines at food banks and witnessing the devastating snowballing effects of the pandemic day after day, week after week, month after month, we wanted to help more,” Cohen said. Cohen’s own children have also played a role in preparing, packing, and collecting sandwiches. She enjoys the project being a “family effort” where everyone “pitches in when they can.” Her home serves as an official collection point for deliveries from hundreds of local East Cobbers who contribute sandwiches, granola bars, fresh fruit, and other snacks each week. “My family and I began preparing sandwiches last fall. I strive and try to instill in my children to be the change we wish to see in the world, and one way we have done that is by supporting the homeless and food insecure whenever we can,” she said.

The Sandwich Project continues to expand with drop-off locations throughout the metro-Atlanta area including East Cobb, Alpharetta, Brookhaven, Buckhead, Decatur, Dunwoody, Intown/Candler Park, Norcross/Peachtree Corners, Roswell, and Sandy Springs. As the proud host of the East Cobb collection point for more than four months, Cohen has collected approximately 11,000 sandwiches out of the project’s total of nearly 130,000 sandwiches to date. According to her, the number grows by several thousand each week. 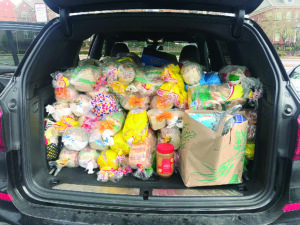 Each Thursday, 3-4 SUVs and vans are loaded up with thousands of sandwiches and hordes of granola bars, Danielle Cohen fruit and other snacks and then delivered downtown.

“We currently have about 20 collection points throughout the suburbs and city. Each collection location’s host brings their weekly collections load to a designated driver and those drivers bring the food downtown. It takes about three to four fully loaded SUVs and vans to transport all of our weekly collections right now, which is an absolutely incredible sight to see,” Cohen said. Since the start of the project, they have been supporting CHRIS 180, a United Way organization. All sandwiches and snacks collected are brought to its community outreach program where the coordinator distributes them deep into the city directly to the populations with the greatest need.

“Most of these people live in food deserts and do not or cannot access resources such as food banks or pantries,” she said. “It has been a remarkable community effort not only to be a part of, but also to help lead. I am truly touched every week by the outpouring of support and continuous show of interest by new volunteers.”

The Sandwich Project recently launched its official Facebook page with the hopes of reaching more willing volunteers. The team hopes to increase their outreach and support other organizations’ needs. “The Sandwich Project grew out of a need for help and a need to help. People craved a safe way to do charitable work,” she said. “Food is a basic human need and feeding someone is an act of humanity and love. The recipients of The Sandwich Project’s efforts are provided sustenance made with care and compassion, not something just purchased ― and that infuses a sense of dignity.” For more information, visit The Sandwich Project’s Facebook page: www.facebook.com/groups/783652755919659.

If you are interested in donating or collecting, email TheSandwichProjectAtlanta@gmail.com.

This article was written by Adam Darby

This article originally appeared in the EAST COBBER May/June issue. You can access the digital edition HERE.